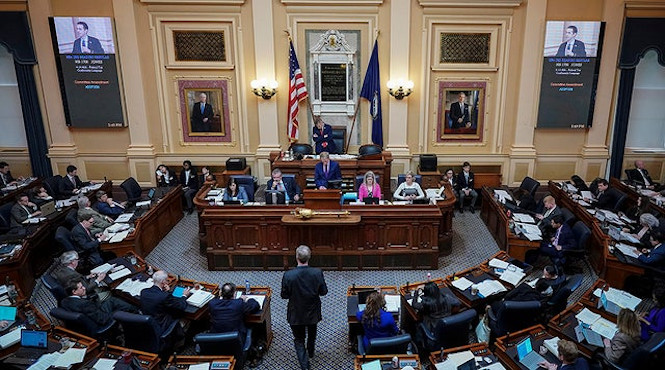 Both the state House of Delegates and Senate agreed on the bipartisan decriminalization plan, which sets a $25 civil penalty for a first offense.

The measure also establishes a process for expunging charges that result in a dismissal, The Washington Post reported.

The legislature also approved a message requesting a study on marijuana legalization.

The bills are part of a flurry of legislation passed in the final days of the session, with other measures including legalizing online sales of lottery tickets and casino gambling for five cities, including Bristol, Danville, Norfolk, Portsmouth and Richmond. The legislature also formally passed the Equal Rights Amendment, giving it the 38-state majority necessary for ratification.

The session was the first under united Democratic control of both chambers and the governor’s mansion in decades after the 2019 elections swept Democrats into the majority.

“This is our most diverse General Assembly membership ever ... It actually looks like Virginia,” state Speaker Eileen Filler-Corn (D), the first woman and first Jewish person to hold the Speakership, told the Post. “We had a unique opportunity to really make a difference in the lives of Virginians.”