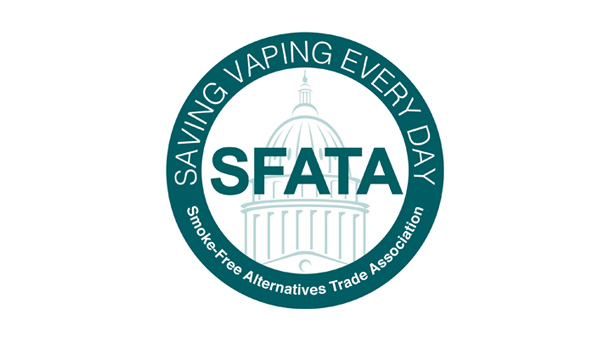 Today is September 10th. The day after PMTA deadline submissions, and we wanted to address you all with an update on where the industry stands.

To begin, we want to commend each one of you for continuing to move in a forward direction. Doing business in the vapor industry is complicated at best. It is a risky endeavor that forces business owners, particularly manufacturers, to navigate a system that was never intended to be navigated.

Contrarily, the system was designed to deter new entrants from the market, ensuring the reign of a few easily policed Big Tobacco companies with fully armed compliance divisions. In short, the system was not designed, nor intended, for vapor products, and so we were forced to find a way to shove a square peg into a round hole with livelihoods and the lives of millions of former adult smokers at stake.

That so many of you rose to meet this challenge head-on says something about the caliber of “stuff” the vapor industry is made of. It speaks of greatness. It speaks of an entrepreneurial spirit and embodies the American dream. Because of your courage and bravery in the face of staggering adversity, the vapor industry did NOT come to a screeching halt today, as many expected it would. Yes, it will be different for sure. But it is most certainly not dead.

Thank you so much for the efforts of numerous experts who helped us get to where we are today:

The law firm of Keller & Heckman, who worked to create a workable and affordable Environmental Assessment when combined with the skills of software developers Char and Carl Owens.

Linda Johnson, MS, who created a workable and robust 98-page literature review and then donated this at no charge.

Isolocity, who worked with SFATA and volunteered to assist companies wishing to become GMP compliant and donated hours of their skilled time in hosting GMP certification training to interested parties.

Amanda Wheeler, for her continuous lobbying efforts, first in crafting the PMTA Reform letter, and then offering it to the PMTA_Sharing group as its guiding principles. Mrs. Wheeler continues to lobby for reform and refuses to stop until she achieves success.

And last, but most certainly not least, the devoted volunteer leadership of the Facebook PMTA_Sharing group, under the direction of long-time SFATA member, Char Owen, who founded the group and worked with SFATA to reach and help as many businesses as possible rise to meet the challenge of the PMTA submission deadline.

Ultimately, the PMTA_Sharing group, with SFATA’s assistance, has helped hundreds of manufacturers ensure they meet the Pre-Market Tobacco Application deadline. This group was founded and engineered by Char and Carl Owens of Matrix Minds, LLC, located in Texas.

Under the group’s leadership, participants were able to successfully meet the preliminary statutory requirements of the PMTA process – leaving only the daunting HPHC testing hurdle left unconquered.

Board members April Meyers and Lindsey Stroud saw the opportunity presented in this group and sprang into action, assisting and becoming a part of its leadership. This resulted in a series of live-streamed webinars, GMP certification training from SFATA strategic partner Isolocity, and eventually, the release of SFATA’s newly launched Responsible Industry Network program.

Late Tuesday night, on September 8th, the very first letter came in from FDA to a member of the group, announcing that the manufacturer’s application had been accepted and would move on to substantive review. This sent waves of relief and joy through the PMTA_Sharing group – because most have used the exact same format for their application – a streamlined format designed and created by its founder and leadership.

So, what does this mean for today, and what about the future of the vapor industry?

For today, we advise that you reach out to your vendors and request proof of PMTA submission. If a manufacturer has applied for the PMTA, they will have a screenshot from the FDA’s system or a delivery confirmation showing their mailed package has been received.

Technically, any products that have not been submitted by today are illegally marketed products and will be subject to FDA enforcement on a case by case basis.

As for the future – that remains cloudy and unseen. We will tell you this though: the impossible has already been achieved!

Most of the companies who used the PMTA _Sharing group had no plan for their future prior to discovering the group. The Department of Health and Human Services, the FDA, the Center for Tobacco Products, and the White House were lobbied endlessly on the vapor industry’s behalf and, although progress was made, it was not enough.

The PMTA_Sharing group, however, combined forces with SFATA, and used the principles behind the PMTA Reform letter -- signed by over 1400 of the vapor industry’s manufacturers -- as its guiding star of hope.

That hope shined bright as members of the group began marking their submissions in a thread intended to track the volume of successful submissions through the group.

On one hand, it is quite sad to go from thousands of manufacturers to hundreds in a single day. But on the other hand, so many were preparing for that number to be no more than a handful – no more than can be counted on two hands. So today is as bitter as it is sweet.

The leadership of the group is already abuzz, planning how to tackle the next hurdle; that being the HPHC testing. Information will be shared as it becomes available. SFATA is also working on this phase independently and will continue to work with the group’s leadership under Char Owen’s direction.

SFATA has its own part to play in the “what’s next,” focusing on Phase 1 implementation for the newly launched Responsible Industry Network program, including properly onboarding all program participants and continuing to board new members. According to manufacturers who have already joined the RIN program, “It is a godsend and helped tremendously with my submission,” claims Amanda Wheeler of JVapes.

Program sign-up and the 10-page documentation that comes with it, however, are only the first step in a very elaborate program intended to keep our participants compliant with Post-Market Surveillance requirements and respectable Youth Prevention programs, as well as the inclusion of TraceVerify.

SFATA will use the program to interact with FDA on behalf of its participants where applicable. As stated in our original announcement, the RIN program will roll out in phases over the next several months. We will also continue our efforts in lobbying for PMTA reform, focusing on the testing hurdle.

If you have not yet signed up for the RIN program and are a current member of SFATA, please contact memberservices@sfata.org so your account can be converted. And if you aren't a SFATA member yet, join our RIN program at sfata.org! You don’t want to miss out on this fantastic time- and money-saving opportunity for your business!

To all our members who were able to successfully submit a PMTA application, a warm and heartfelt CONGRATULATIONS for a hard job well done!