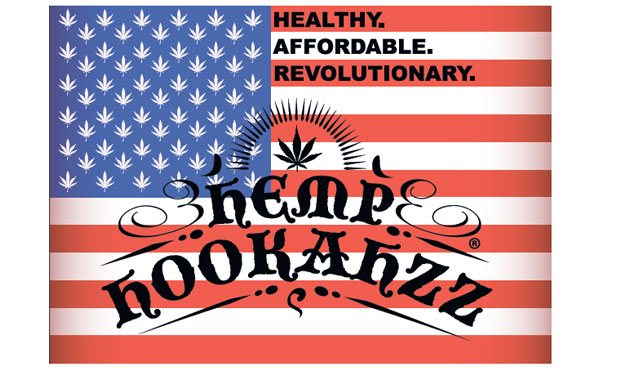 Controversy and innovation, social stigmas and medicinal benets, evil vs. good, black vs. white…Only one groundbreaking product can manage to nd a commonality with so many opposing views. Building a strong foundation of common ground, Hookahzz LLC is the face of innovation, bravely waving a grey ag in a sea of black and white social, medical, and political controversy.

Tearing down the walls of controversy surrounding the positive medicinal eects of marijuana vs. the social stigma of any hemp or cannabis product is no easy feat. The innovation lies in the key ingredient which is hoped by all those involved to soon be a household name as today’s marketable public grows further and further away from traditional western medicine and closer to the organic philosophies of homeopathic medicine.

It is solely responsible for the physical and mental impairments that create a feeling of euphoria or “high” in those who engage in the consumption of hemp. Hookahzz LLC slices through the red tape of this political debate with the creation and release of e-hookahzz infused with cannabidiol, the politically correct and medically benecial alternative to medicinal marijuana available in an e-cigarette, and more importantly, what is sure to become the market’s most benecial and highest grossing product of 2014.

“Why smoke stinky tobacco cigarettes containing thousands of toxins such as acetone, cadmium, carbon monoxide and arsenic when you can smoke water vapor with vegetable nicotine and CBD?”

Katarina Maloney and Janell Thompson, former roommates in San Diego, formulated Hookahz LLC out of the desire to break out of their mundane routines in order to embark on a new business venture. Embark they did, and armed with inspiration from such great innovators as Steve Jobs, not only did they carve a new path into the growing business of e-cigarettes by adding hemp for its medical benets , they blew the competition out of the water by isolating medical marijuana's most benecial and least harmful key ingredient, cannabidiol, or CBD. Taking all of this even one step further, the newly formed company married two industries on the forefront of medical, social, and political controversy: electronic cigarettes, created for the necessity to transition what was becoming an increasingly more polluted yet tobacco addicted society to smokeless tobacco, or vapor products. As if this were not a challenge in itself, the two co-founders took it to the extreme sports olympics of medical controversy, the benets of medical marijuana through the addition of cannabidiol infused products:

"We are proud to introduce e-hookahzz infused with cannabidiol (CBD), the premium alternative to a revolutionary delicacy."
Announces Katarina Malony, co-founder of Hookahzz LLC and Hemp Hookahzz.

“Hookahzz goes the extra mile, be part of the revolution.”

As stated earlier, there are two key ingredients that stand as the pillars of controversy in the battle of good vs. evil, the medical marijuana wars. CBD is our "White Knight", a.k.a. the healthier option, better known as the 'Golden Oil’ provides customers with all the medicinal benets of marijuana without the "high" that can enable us to perform at our maximum mental and physical levels. Our dark adversary is the better known black sheep of marijuana, the ingredient THC which is responsible for marijuanas mood and mind altering eects. Herein lies the revolution: e-hookahzz infused with CBD is a complete and total market anomaly: It is a unique product that promotes smokeless tobacco while oering an array of benets to those most likely in need of such a product: America's society, better known as the stressed out masses. It was a match made in controversial heaven and the pros outweighed the cons so much that the product practically markets itself.