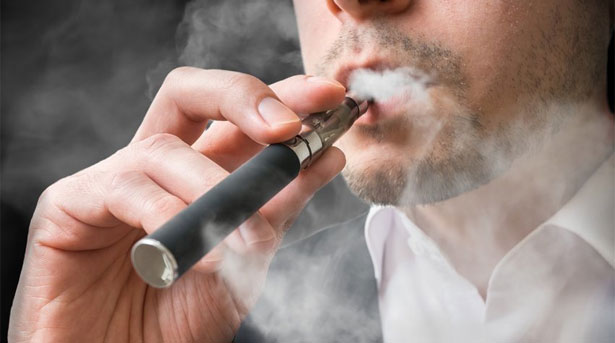 The Growing Demand for Vapor and E-Cigarettes

Fueled by new offerings, demand for vapor and e-cigarette products continues to grow.

Alternatives to combustible cigarettes have been steadily gaining market share, and market observers expect that ascent to continue through the rest of 2018.

“We expect the category will grow around 25 percent to $5.5 billion in [sales for] 2018, given strengthening e-cig/vapor innovation ahead of the eventual commercialization of superior technology,” wrote Bonnie Herzog, Wells Fargo Securities tobacco analyst, in a recent report on the industry.

By “superior technology,” Herzog was referring to Phillip Morris’ iQOS heat-not-burn device, which is slated to hit the U.S. market this year. IQOS has been received favorably in Japan and other foreign markets, including Greece, Russia, Germany and Spain, and it is expected to be well-received domestically.

Meanwhile, Imperial Tobacco is fired up to debut its next-generation iteration of Blu: Myblu, a sleek pod-style vapor product expected to compete directly with Juul. Ease of use, pleasing aesthetics and nicotine salt technology have earned Juul a hefty 49.6 percent market share, but Imperial hopes that Myblu’s technology coupled with a more omnichannel market approach will help it regain some of the share it has lost to Juul over the last year.

Overall, Herzog sees the tobacco industry increasingly pivoting toward “reduced-risk product development” and continues “to believe there is plenty of room for multiple players to succeed over the long term and believe the winners will ultimately have a balanced portfolio of [reduced-risk products] that appeal to a wide range of adult tobacco/nicotine consumers.”

Recent sales data suggests that rechargeable refills are by far the most popular with vapor consumers, accounting for 76 percent of total retail sales over the four weeks ending March 24, 2018, the most recent period for which Wells Fargo Securities data is available. Disposables, by contrast, constituted only 6 percent of sales during that period, while kits accounted for 18 percent of sales.

In terms of the retail landscape, Wells Fargo Securities’ market research suggests that tanks, mods and personal vaporizers hold the lion’s share of the market, constituting about $3.5 billion, compared to e-cigarette products at $2 billion. Vape shops still dominate retail sales of tanks, mods and personal vaporizers, accounting for approximately $2 billion of overall revenues, with sales in c-stores, food, drug and mass retailers of about $650 million and tobacco shops and online outlets accounting for about $850 million in sales. C-stores, food, drug and mass retail channels, however, continue to account for the bulk of e-cigarette sales ($1.1 billion), with online and other retail channels together doing $900 million in e-cigarette sales.