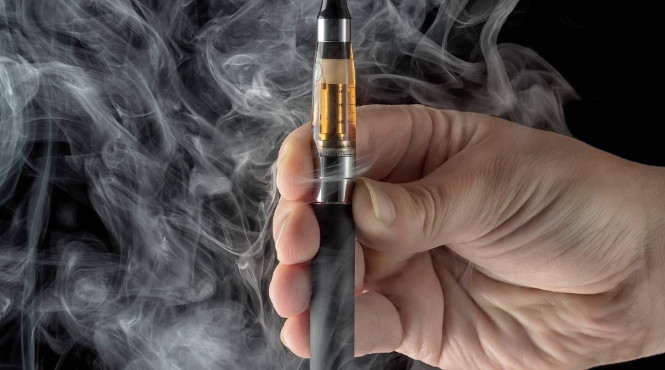 Federal health investigators are tracking sources in the U.S. and overseas for risky materials or substances used in vaping products that have injured hundreds and killed nearly three dozen people.

The Centers for Disease Control and Prevention reported 34 deaths and 1,604 lung injury cases from vaping as of Oct. 22 — an increase of 125 cases and one death over the previous week. The number of new cases grew at a slower pace than recent weeks but CDC officials said the decline might be temporary due to factors such as a lag in reporting new cases.

"We think something riskier is in much more frequent use," said Anne Schuchat, the CDC's principal deputy director. "The supply chain now has a lot of risky products ... We know there have been practices around the use of cutting agents to essentially increase the profit from selling cartridges."

Vaping products containing THC, or tetrahydrocannabinol, account for the vast majority of cases.

Of the 860 injured patients who provided information to investigators, 85% said they used products that contained THC, the psychoactive ingredient in marijuana, while 10% said they used nicotine-only products.

Officials said the information is based on self-reports from individuals, including teens who might be reluctant to come clean on what they are vaping or adults who live in states that do not allow THC for medical or personal use.

Vitamin E acetate, a known cutting agent used to thin THC oil and make product more cheaply, has been recovered in about half of the cases of individuals reported using THC. Some states have reported even higher figures of vitamin E use.

The Food and Drug Administration is working with U.S. Customs and Border Protection to collect products from international mail facilities across the United States. The purpose: Identify sources of products making people ill and track how harmful substances are reaching consumers.

Mitch Zeller, director of the FDA's Center for Tobacco Products, would not say whether the FDA recovered products from international mail facilities.

"It is critically important that we get answers to these supply-chain questions and be able to get back to the source, especially for illicit product," Zeller said.

The FDA has collected more than 900 samples from 25 states and is testing for a broad range of chemicals, including THC, nicotine, opioids, pesticides, toxins and material used to dilute or cut ingredients.

Further complicating the investigation, people who buy THC vaping products often purchase them from informal sources such as friends, street dealers or on the Internet, a new Utah study concluded. An earlier study of vaping-related injuries in Wisconsin and Illinois reported 89% of people who used THC products obtained them from such informal sources.

"A whole bunch of products are being purchased off the street," Zeller said. "We don't know what kind of modifications are being done to the devices ... We are trying to unravel all of that. There could be multiple causes."

While evidence continues to build showing THC products are linked to the vast majority of cases, Schuchat said such products might be an indicator of cartridges or devices harming people.

Officials also are not certain non-THC cartridges might harm patients, too, Schuchat said.

"I'd like to stress we don't know what the risky material or substance is," she said.

CDC recommends people don't buy or use vaping products containing THC, and people should not modify or add substances to vaping or e-cigarette products.

The CDC also says adults who rely on vaping to quit smoking should not return to cigarettes, evaluate risks and benefits and consider using FDA-approved nicotine-replacement therapies such as patches, gum and lozenges.